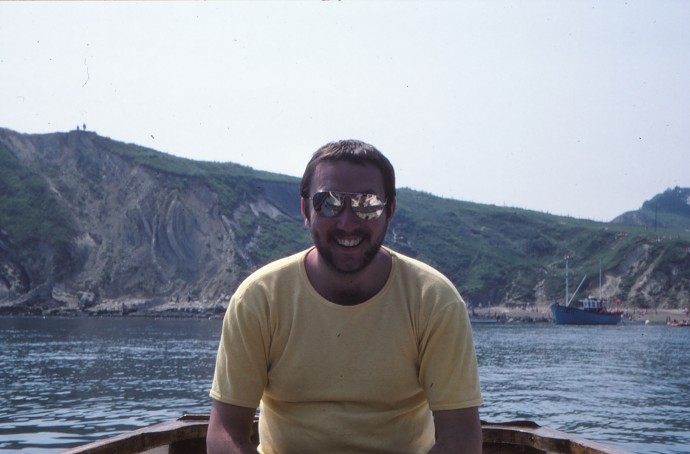 Mark and Kev M’s tour of the West Country (9)

Out in the middle of Lulworth Cove.

On the way back in something happened as we were pulling up to the jetty: